This time of year, I have an ugly habit to obsessively review video of the terrorist attacks of September 11th, 2001. It’s the same thing every year. I watch the first plane hit, then the second, then I watch the towers collapse. Over and over.  I try to find new angles that I may have missed last year. I relive every moment, I usually cry. I pick at the scab, and let it bleed a little each year. I think about my cousin Christopher Petraglia, who was NYPD at the time.  He saw things that day that no human being should see. I think of my friend Jen Cassetta who was trapped underground, in the dark, with strangers.  Over the years, she has only been able to  tell me bits and pieces of the horror she experienced that day. It changed her life.  I remember running as fast as I could away from Grand Central (they said there was a bomb about to go off). I remember crying on the phone with my Grandmother as I ran. I remember the march of silent people walking home that day. We were all in a daze stopping every few blocks to get updates on small TV’s in bodegas.  I think of the fighter jets that were scrambled, and flew around Manhattan that day.  We went to the roof of my building and watched them, cheering as they went by. I remember thinking we were at war.

I don’t know if this type of scab picking is normal.  What I do know is that today, 10 years later, it still hurts. I still cry. I still feel rage, and I relive the feelings of helplessness we all felt that day. I remember running through the streets of New York, and saying out loud “not yet, not yet”….I didn’t want to die. I had too much life to live.  Sean Lugano who had captained my Rugby team at Loyola University wasn’t as lucky as me.  He lost his life that day, and his parents lost their second born of five children.

I’ve written about Sean before on this blog, but maybe this year it’s different?  Maybe the ten year anniversary is supposed to be easier? Maybe we were all supposed to just go through the motions to “never forget” and say a silent prayer in a moment of remembrance.  Maybe. But, somehow, ten years later (for me) it feels worse.  Ten years later, as I’ve watched my family grow, and counted all of my blessings, all I can think about is what Sean has missed.

Last week my 8 month old has a seizure. She was sleeping when it happened. She let out three distinct guttural primal screams. I ran up the steps in slow motion, burst into her room, and scooped her up. She went limp in my arms. I was sweating. She was white as a sheet. My wife dialed 911, and I ran out the front door and into the street to wave down the police. I thought she was dying. She didn’t respond. No crying, only slight whimpers. I told my wife to go inside the house while I stood in the dark holding Olivia because I was prepared for her to die in my arms. I didn’t want Laura and my oldest, Talia to see it happen. When the police arrived and began to give Olivia oxygen, she began to get color back in her face. One police officer saw the panic on my face, the sweat soaked shirts I was wearing and in a moment of levity explained – “Sir, I only have one oxygen tank, I need you to calm down”. It’s safe to say that this moment was the most terrified I’ve ever been. When reliving the experience with my father I used September 11th as a benchmark. I said “I thought I was the most terrified I’ve ever been on September 11th”….this experience was more terrifying. I felt utterly helpless. I thought my daughter was dying. She didn’t. She’s perfectly fine in fact. We were lucky.

I mention the story  for two reasons.

I honor you today. I pray for you today.  I hope that you know what a great person your son was, what a phenomenal job you did raising him, and what a powerful legacy he left through the Loyolafamily. 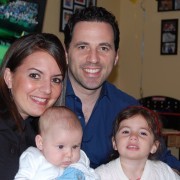 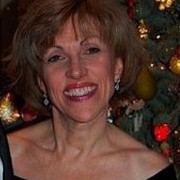 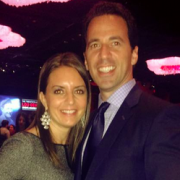 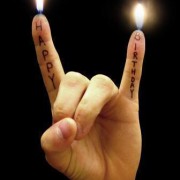 ING New York City Marathon: Running for Dad (Strike out ALS)
Jeter Gets 3,000th Hit…goes 5 for 5 in Yankees’ win Social media is a spiritual awakening, not a technological one.
Scroll to top