Faster than you can say Domino’s Pizza Debacle, there’s a new food chain with a social media mess unfolding. According to AllFacebook.com Chipotle’s Mexican Grill is in hot water tonight:

Chipotle Mexican Grill claims on its Facebook page that a hacker approved a post on an employee’s page saying she ran over a cat. We have obtained a copy of the original thread that has since been deleted.
Both the employee and the company have posted the same statement on their respective profile and page. The version on Chipotle’s page has garnered hundreds of likes and direct replies, that continue as we post this:

Fascinating, kind of funny, anda bit off putting (I’m not a Cat person), but who wouldn’t express remorse if they ran over a cat? Yikes. Most of these stories seem to have the same story line. Something happens that is (as I said earlier) just a bit off putting, not horrible, not gut wrenching and not insane.  Then the media storm hits. So what can we learn from these types of incidents in social media?

1. When there are pages with a critical mass of followers who have “liked” the brand, they will expeditiously police the social space. Even after Chipotle announced that the employees account had been hacked, someone has been posting a name and address of the guilty party. Wow.

2. Even if you don’t have an answer to the blow up, you have to address the community. Acknowledge the issue, and indicate that you are doing your best to resolve. Even if you have no idea how to address the issue, people need to know you’re aware of it, or they will take to the virtual streets ie, Tweets, blog posts etc. It took Chipotle 24 hours to realize the slip, and that could be a damaging time period. Long enough to do some serious damage, and cause an uprising by cat lovers who don’t believe the “hacker” story.

3. Remain calm.  These things have a tendency to blow over as long as they are handled properly.

4. Take it very seriously. If left unchecked, this will take on a life of its own. There will be movements against your company if your found to be in the wrong.  For instance, this could blow up in Chipotle’s face if it turns out that they weren’t really hacked. There is already a “Chipotle Serves Cats” Facebook page with 86 fans, and counting.

5. Tell the truth. Social media is the ultimate bullshit meter. If you bluff;  someone, somewhere will find out. Then they will start a Facebook page about it. Oops. Then they will get the 1million followers your business used to have.  Then it can get very, very ugly.

An Open Letter to Brands 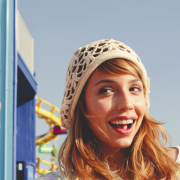 5 Surprising Ways Social Media Can Make You a Better Person