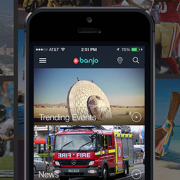 10 Unpredictable Ways Social Media Will Help You and Your Business

The Charismatic Personal Brand: Be Discoverable
Mark Zuckerberg Must Step Down as CEO of Facebook ING New York City Marathon: Running for Dad (Strike out ALS)
Scroll to top