Today I read something that has me troubled. According to an article penned by Katie Moisse of ABC News – A punch line from the movie “Ted” has people with Lou Gehrig’s disease crying foul.

“From one man to another, I hope you get Lou Gehrig’s disease,” says Mark Wahlberg’s “John” — a quip some patients say crossed a line.

I feel obligated to log my opinion on this story because as most of the readers on this blog already know, my father Adrian is living with ALS (Lou Gherig’s Disease).  At first I was furious when I read the line.  I started writing a heated response to Miss Moisse’s article and was j-u-s-t about to post it, when I stepped back and took a breath, and decided to write this post instead.

After cooling down, I tried to better understand why the line in the movie upset me so much?  I get it – Seth MacFarlane’s comedy often offends, and thrives on being as close to the edge as possible. So there was a part of me that said – “lighten up Chris, it’s just a joke.”  But see, that’s just the problem. It’s not a joke. There’s no punchline other than one character wishing this horrible disease on another.  The ALS Association said it beautifully when today they posted:

Although the statement Mark Wahlberg’s character utters in “Ted” brings the disease to the forefront of public consciousness, it fails to recognize the severity of this devastating disease. Lou Gehrig’s Disease should never serve as entertainment fodder; instead, those in the entertainment industry could utilize electronic and print forums to which they have immediate access to educate the general public about this fatal, insidious disease and the need to fund research to find its causes, treatments and a cure.

Again, it’s not so much because of the line in the new film Ted.  It’s not soley because my father is living with ALS. It’s because of the nature of our world today, and the nature of movies like this – knowing that that this line is going to become part of the vernacular of every knuckle-head dumb enough to utter the words to their friend like Wahlberg saying “From one man to another, I hope you get Lou Gehrig’s disease,” and this just guts me.  The comment is already spreading across Twitter like wildfire.

I was thinking that I’m sure there would be more of a universal uproar if the character had wished Cancer on the character in the movie,  and that’s when it dawned on me.  This controversy is awesome for ALS. Well sort of …bear with me:

I suppose I’m speaking now on behalf of all of those who are living with ALS, and those who are dealing with the day to day horror of this disease – family members, care takers etc.  (wincing from the weight on his shoulders)

Let’s use this controversy as a teaching moment.  As as a boon to the awareness of ALS in our country.  To finally pull the disease out of the dark shadows.

So if you’re reading this, here are some little known facts about ALS that I’d like to share via The ALS Association:

Finally – there is going to be venum and virtriol surrounding this movie line.  but I’m choosing to take a different stance, and I encourage you to join me.  Let’s leverage the power of social media to raise awareness that this movie line isn’t ok.  Let’s start a Twitter trending topic by Tweeting the following to Seth MacFarlane’s Twitter account:

Please copy, paste and tweet, and then share with anyone and everyone you know and ask them to do the same.  I think it would be a really cool moment for the ALS community to share information about the disease and help to educate those that think this silly movie line is funny.

Who knows – maybe we’ll get Seth to remove the line from the movie – or not.  Maybe he’ll head over to the ALS Association home page, and help us raise money to combat the disease.

Let’s honor the memory of those who have died from ALS.

Let’s honor those who are living with the disease

Let’s honor the memory of Lou Gherig who, 73 years ago this week made his Luckiest Man speech. 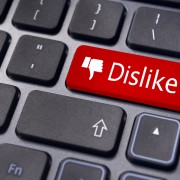 Social media is a spiritual awakening, not a technological one. 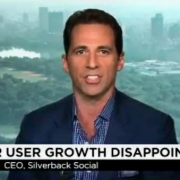 Twitter Talk, & Facebook Fails
One Dollar Difference: Donate Today to Support Adrian Dessi, and the Fight Against... Everyone is talking about Pinterest! Are you on it? Have you heard of it?
Scroll to top