Yesterday, like every other red-blooded American male, I sat my lazy backside down with a drink in one hand, and a huge Italian combo in the other and watched the Super Bowl. While the game was entertaining, I really didn’t care who won. The Giants were out of the running for while, and the Jets disappointing loss had solidified my utter disinterest in the Super Bowl winner.

I was, like many American’s more interested in the advertising.  A key difference this year however was that I had already seen a commercial that I deemed the best. Volkswagen had “leaked” their advertisement on Youtube just days before.

I had seen the spot via a friends news feed on Facebook, and I expeditiously reposed on my Facebook page. This resulted in additional sharing and so on and so forth.  I was hooked. I’m dying to see the face of the little boy who plays Darth Vader, and I want to shake the hand of the agency that came up with the simple, yet effective idea. They took a feature of the Volkswagen(which by today’s standards it relatively unimpressive)…a simple auto-start feature, and made it human – bravo.

I was even more impressed that Volkswagen was smart enough to release the commercial early. I was talking about the commercial at the Super Bowl party, and expressed how I hoped they would air it. By the time it came on, I had the entire room waiting for it. Of course they loved it, but kudos to Volkswagen for getting me so excited to see the spot again. They leveraged social media to generate buzz, and now their Youtube channel has 16 million views of the spot and it’s trending like wildfire onGoogle Trends.

What a powerful illustration of how brands are using social media, and how, if done correctly social media can effect your entire media buy positively (Super Bowl commercials included). 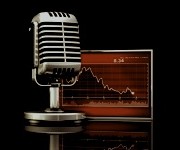 Everyone is talking about Pinterest! Are you on it? Have you heard of it?

NHL on Facebook: Why the NHL is the Darling of the Social Media Community