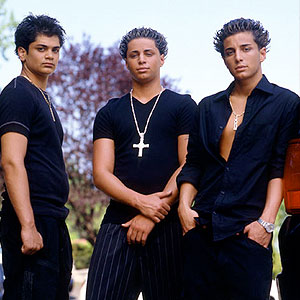 They say kids today are growing up spoiled.  They say that while we were out toiling at summer jobs that gave us blisters and sunburn this generation is strutting around with an air of entitlement; content to accept only the highest pay for the least amount of work.

This summer while his contemporaries did nothing to disparage the aforementioned stereotype; (sitting poolside lamenting the poor economy and lack of summer jobs) Andrew Gothelf was toiling away at two summer internships.  One was here at Buddy Media. He wasn’t only “working” said jobs, he was excelling – in the most ruthless city, amid the most ruthless economy, in a ruthless job market, in two ruthless industries, all with poise and eloquence beyond his years.

Andrew is a small town kid from Owings Mills, Maryland. He has small town charm, small town manners, and a small town work ethic.  But there is nothing small town about what this kid is going to accomplish. The reason I know this is because I had the privilege of sitting across from Andrew this summer (who we affectionately refer to as Gotti ).  In case you’re curious; this kid is as far from the limelight craving, mafia- wanna be, grandsons of John Gotti as you can get.  His nickname is the complete antithesis of what he’s about – kind of like when the biggest guy in the room is nicknamed “Tiny”

Almost immediately after meeting Gotti it was apparent that he has an innate devotion to learning, a passion for sports journalism and a maturity that’s beyond his years.  In his first week we were chatting about school (he’s completing his last year at Northwestern this Fall).  During this conversation it came up that he’s studying journalism.  After some banter I mentioned that he should have a blog – offering that it could be a powerful tool to point to when he hits the job market next year.  I touched loosely on some points regarding how easy it is to blog, and in less than 24 hours Gotti put together one of the most professional, clean, well done blogs I’ve ever seen. Impressive. It’s not accidental that during one of his first “All Team Meetings” here at Buddy Media Andrew received a gift certificate from our COO Kass Lazerow.  I had mentioned to Kass the sheer velocity in which Gotti digested my advice, investigated his options, and executed a fully functioning blog with phenomenal content, and Kass took it upon herself to praise Gotti and encourage him in front of the entire company. This kid is the real deal.

I’ve mentioned people who have inspired me this blog often.  Rarely am I moved to post about a specific individual.  When I do it’s usually because I’m so thoroughly impressed that I feel like I need to share my enthusiasm with as many people as possible, and this blog is the perfect platform.   Regarding business I’ve blogged about Mike and Kass Lazerow, and Gary Vaynerchuk. Regarding family I’ve blogged about my wife Laura and my Grandfather. Today I’m blogging about a kid that I just met just a few short months ago because there aren’t many kids like Gotti out there.  Or at least I feel that the kids like Gotti don’t ever make the headlines, but they should.   This is a young man that has been raised well. Being respectful and  humble comes naturally.  He’s intelligent, for sure. He’s also a great writer.  But the thing that will make this kid great is his character.

If you think I’m the only person at the company that Gotti made an impression on you should be aware that Buddy Media offered him a full time position instead of going back to Northwestern.  If you think he’s just an entitled kid that’s in it for the money;  know that he turned us town to return and complete his degree (I told you he was beyond his years).

Great meeting you Gotti – you’re a great guy with a bright future… I’ll leave you with some parting advice that I hope you follow:

10 Powerful Things You Need to Do Alone