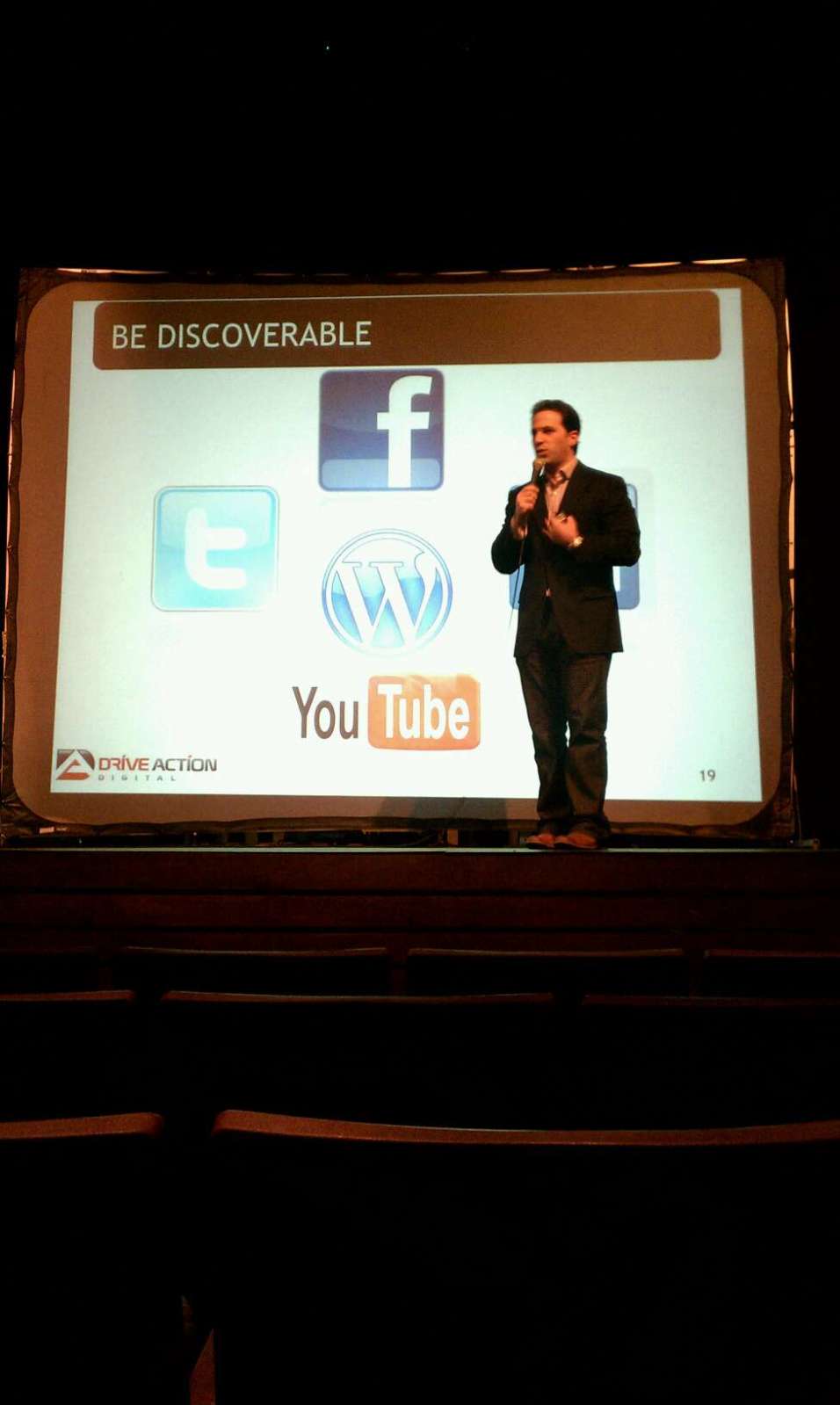 On March 9th my life was changed forever.

I was invited to speak at Marist College to discuss how social media can help students gain employment.

While I never had access to social media as a student, I’ve leveraged technology to build my personal brand, and to gain attention during my job hunts, and entrepreneurial endeavors as an adult.  I’ve even been lucky enough to appear on television to discuss this very subject. Because I generate great content via social media, the producer at Fox TV found this blog. So I felt pretty well informed on the subject, and I felt like I could add real value to these students.

What happened was the exact opposite.

Throughout the weeks leading up to the event, and the weeks since, the phenomenal people of Marist have changed my life forever.

I know that sounds dramatic, but it’s true.  For the first time in my 14 year career I have felt what it means to be truly fulfilled from your work.  I spoke for a little over and hour, and I’m still reaping the rewards via blog posts, emails, tweets, and general good will being sent in my direction.  I’m feeling pretty darn lucky.

I was invited to Marist by Timmian Massie. Timmian and I had met while he attended a Westchester 140 event in Pleasantville, NY.  Timmian had driven an hour to a tweet up, so he could learn some more about social media, and pass his learning on to his students . I was impressed, and excited he’d come from so far away for our little tweet up. We exchanged information and decided to set aside some time where I could speak with his students at Marist. It took us a while to get it together, but man it was worth it.

My goal for the evening was to have at least one student tell me that I had motivated or inspired them to do something different regarding their job search.

Here’s an excerpt from an email I recieved from one of the students after I spoke:

I just wanted to thank you again for coming to speak with us last night, I have been to a lot of lecturers in my 4 years at Marist, and none have been as dynamic, entertaining, and inspiring as yours. I’m still floored by the sheer talent of these students.

Some were already blogging, tweeting and generally engaging in social media. I included some stand-outs in my presentation: like Stephanie Jackman, and Alyssa Bronander who were FEARLESS and entered a little contest on the Drive Action Digital Facebook page that I’d created leading up to the speaking engagement. Kudos to them – they won a $50 Starbucks Gift card, each. Amanda Lavergne updated her blog hours after I spoke, and continues to generate amazing content.

Alyssa impressed me with her uber creative blog  Karma Waffle – it’s a must read. You’ll love it, I promise.  She even gives props to her “Nan”….dig it.

Amanda Huggins, was included in my presentation because she describes herself on Linkedin as a  “Future PR Powerhouse” .  She immediately approached me after I spoke and requested an informational interview – wow.  This young woman is going places, and nothing will stand in her way.  She’s fearless, confident, and I wish I had a job to give her tomorrow. She even updated her old blog, and started to generate some fantastic content.

Somewhere between my rants about blogging, tweeting, and generally pouring your guts out to the digital world something clicked.  The students tweeted back, blogged and eventually motivated and inspired ME. They took my advice when I said “START NOW”….some (like Jessica Turgeon, Marissa DeAngelis, + Sara Nowlin)  even created blogs that evening!

Crazy how that happens.

It’s been two weeks, and as I write about this I’m still bursting with excitement.  I know that each of those students have  changed (hopefully for the better). They no longer view the job search as a linear progression. They see the bigger picture regarding how social media can help them, and showcase not only their talent, but their HUMANITY. Even more importantly they see the OPPORTUNITY that is theirs.

On the drive home I turned to my wife and said “I think I would kill to be able to have that feeling every day”.  I have never in all of my career done something so rewarding, and received more positive feedback.  The Marist Community was so generous, words can’t describe how grateful I am to Timmian. What a dedicated educator.

Of course, there were moments in my presentation that were not perfect. One portion in particular that left my face very VERYred.  But that was the joy of the evening. They could tell that everything I was saying came from the HEART.

The Marist College students welcomed me with open arms. Their attention, engagement and feedback has been amazing. I felt like I had really made a difference, and I truthfully cannot wait to do it again.

I’m humbled, and honored to have been asked to speak. I hope to share the video soon. In the interim, you can view the presentation on slideshare.  It may be difficult to follow without me ranting and raving over each photo, but I think you can “Get the idea” if you take a look.

That’s it and that’s all.