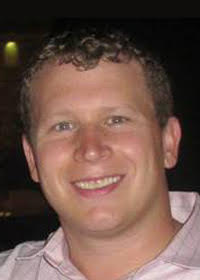 Early Success Stories From a VC With A Bright Future

I’m a Loyola Greyhound. I take great pride in my alma mater. I enjoy giving back to the Loyola community. The greatest joy for me as of late has been networking with successful graduates. Many live in the New York metropolitan area. Many are forging careers that will help to shape the reputation of our great University. One of those former Loyola students who is moving mountains is Tim Flannery. Tim and I connected via our alumni group. We bonded during a week long trip where my agency curated attendees to an event. Catalyst Creativ and Tony Hsieh’s downtown project set out to bring the best and brightest to downtown Las Vegas. During our time there I learned about Tim’s passion for his job. Tim was already rubbing elbows with some of the most powerful people in New York when we met. Now I seek his advice when investing, or advising start-ups.  He’s one of those guys functioning on a higher level.  I really enjoy his creative approach to networking, and his laid back demeanor. The guy is an intellectual powerhouse, graduating Magna Cum Laude from Loyola University Maryland. I’m proud to call the guy a friend, and I’m enjoying watching his star rise. He arguably has the best answer to my “how do you define success” question of any interviewee.

Chris Dessi: In 5 years you grew within one of the most known companies in the country, JP Morgan. What gave you the idea to break off and start your own venture and more importantly where did the confidence come from to actually take action on that idea? 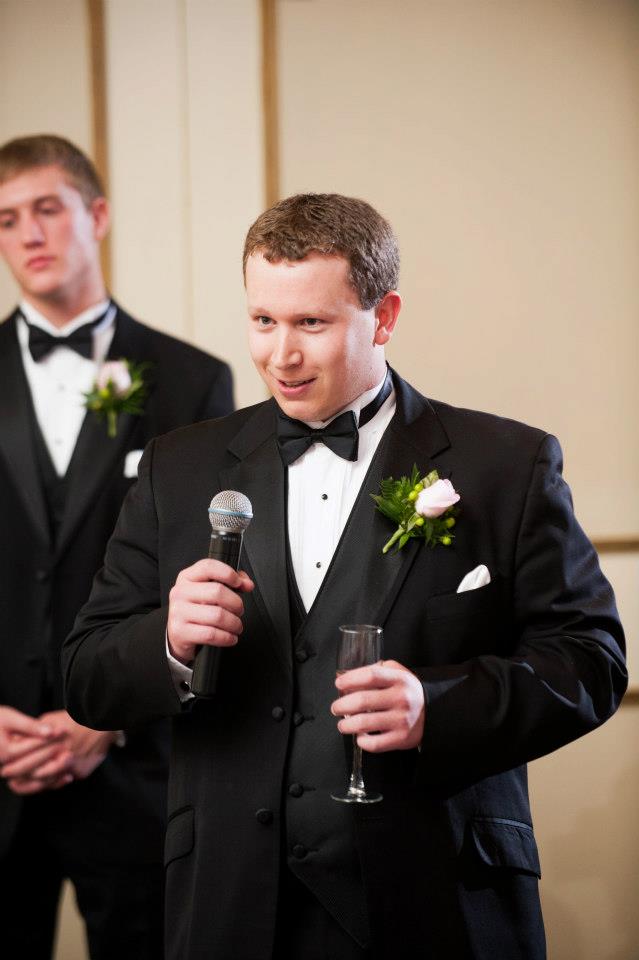 Tim Flannery: My first gig at JPMorgan was in Private Equity Funds Services. I did a lot of back-office work and eventually moved to the performance and reporting side. It was my first exposure to venture capital. I wanted to get into VC one day but didn’t have any specific plans. Luckily, my girlfriend-now-wife Meg introduced herself to my neighbor one day. We were having a party, she invited him over, and we became friends. A few years later, my neighbor decided to start his own fund. We stayed in touch and he asked me to help out with a few things. Eventually, he asked me to quit my job (okay, I begged him to ask me to quit my job), and I left JPMorgan to raise my first venture fund. And it didn’t take a ton of confidence. I was 27, had a very, very supportive wife, and the worst that could happen was I had to go back into finance. There was limited downside.
Chris Dessi: You began Startup Climbing as a solution to the stale networking that occurs throughout business. Frankly, it’s why we started the Westchester Digital Summit. Tell us about what you consider a good networking environment?
Tim Flannery: A good networking environment should be community. People are genuinely supportive of each other and happy to be there. Often, they’re connected over something personal and professional. At Startup Climbing, it’s over tech and entrepreneurship plus sport. That cross section creates strong bonds And it allows people to create friendships first. They’re hard to find. It’s easier to identify bad networking environments. It involves an exchange of business cards, awkward conversation, and probably cheap beer and bad pizza. Enjoy your new LinkedIn connection.
Chris Dessi: Startup Climbing has taken on a life of its own. What started as networking in Brooklyn is now expanding out West and shipping up to Boston. How has your vision changed for this initiative and talk to us about the journey from inception through this growth.
Tim Flannery: Two friends and I were climbing at Brooklyn Boulders, just bemoaning the state of affairs. Climbing and hanging out seemed like more fun than another panel. A few weeks later, I threw the first Startup Climbing event and eight other people showed. But then next month, thirty people showed. Then sixty. I never expected it to be anything but a way for me to rock climb and meet new people. Once I saw it catch on, I re-assessed. I brought on my friend Scott as my co-founder, began inviting speakers, and expanding to other locations. Now, my goal isn’t to have a New York community. It’s to have a community where I can travel anywhere and plug into that network at will. Now, we’ve got 7,000 members in 100+ cities and a ton to learn.
Chris Dessi:You have accomplished a lot in your 20s in a down economy. What is your advice to today’s students on how they can create success post college and throughout their career?
Tim Flannery: I’ll share two pieces of advice my mentors gave me:
Chris Dessi: For people who have seen great monetary success – what do you think is dangerous about that type of success?
Tim Flannery: A good steady paycheck is like a drug. You get used to a certain amount of cash getting deposited into your bank account twice a month. So even if your job makes you miserable, it’s tough to leave that money behind. That being said, now that I’m doing something that I love, I would have absolutely no issues about achieving great monetary success.

Chris Dessi: I speak with many successful executives that question the value of college.  We both have a degree from a highly regarded Jesuit University  – Loyola University Maryland. What do you say to those detractors of education?
Tim Flannery: Education is important and anyone who says otherwise is wrong. However, it takes many forms. Higher education is one of them, and sometimes it leaves me feeling conflicted. Detractors have their points. It’s four years of your life and a lot of money. If you can get the right value for that, then the other benefits that accrue are definitely worth it. Knowledge, network personal skills, and brand are important. College is important. Not all colleges are worth it. I think we’re in for a shakeup.
Chris Dessi: How do you each define success? 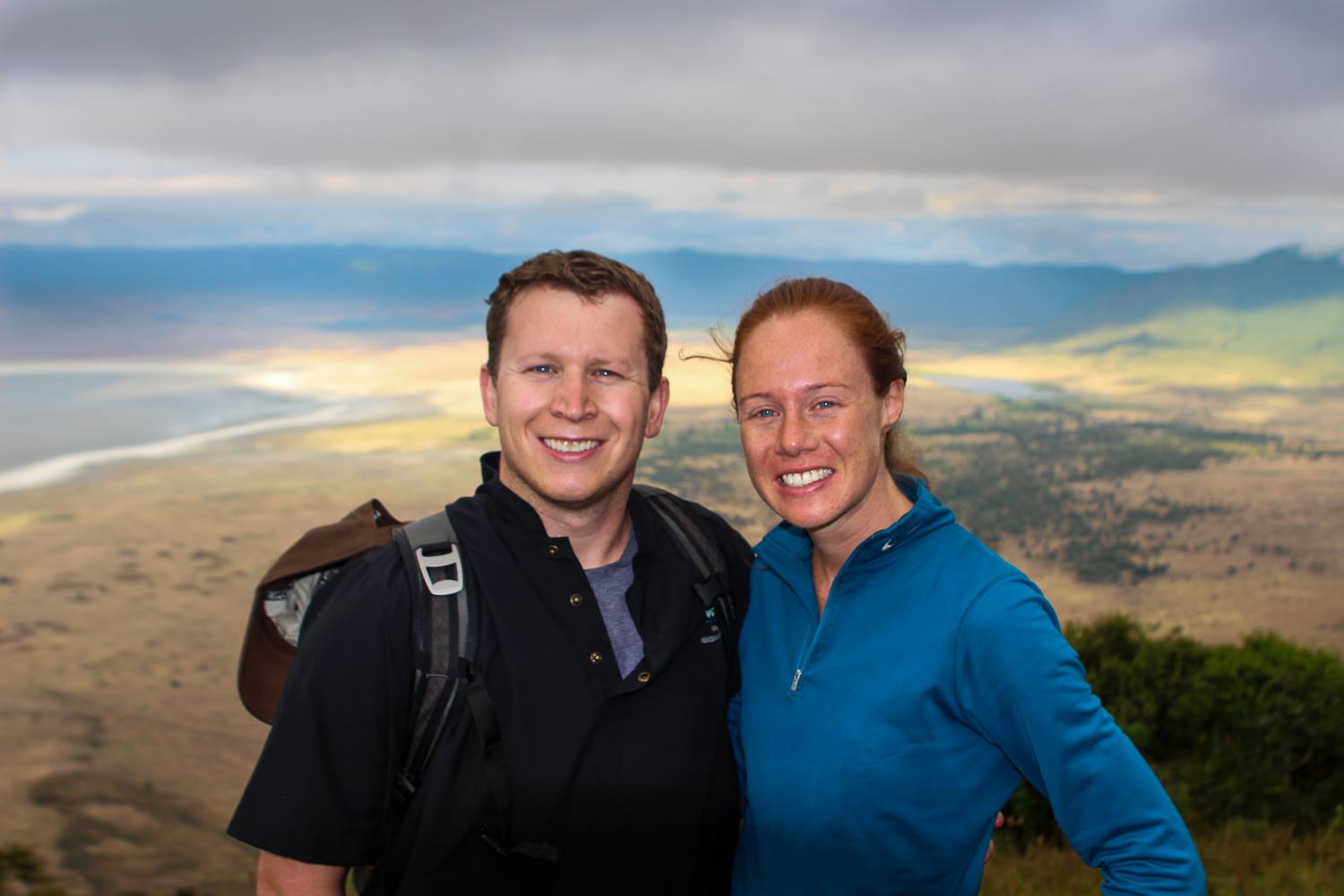 Tim Flannery: It’s like pornography. I know it when I see it.
Chris Dessi: Can you explain the impact, that social networking/digital media has made on your business/career and/or you personally?
Tim Flannery: My blog changed my career trajectory. It opened more doors than I imagined. Social media has just changed how I experience events. When Hurricane Sandy hit, Twitter was my only news source. My devices and all its apps and software have become a passive extension of me.
Chris Dessi:How much of your success was due to luck? Or are you of the mindset that you create your own luck?
Tim Flannery: I studied abroad in Australia instead of Ireland because I knew I’d visit Ireland some other time. I met my wife in Australia. That’s pretty lucky. But, successfully wooing her was a different story. I actively try to create opportunities for chance, but chance and luck are worthless without execution. I know it doesn’t answer your question but that’s the best I’ve got.
Chris Dessi: When did you first think of yourselves as a success?
Tim Flannery: I don’t think of myself as successful. I’ve still got some time to go.
Chris Dessi: Many young executives who read this blog struggle with work life/balance – myself included. What advice do you give them?  How do you each strike a balance?
Tim Flannery:I’m a better sprinter than marathon runner. Sometimes I need to buckle down and most things fall to the wayside. But when things ease up, I’ll grab a book and read for 48 hours straight. I’ll call friends and head to a bar or relax during a weekend trip away. I don’t necessarily have balance in my day-to-day, but I think I do from a broader perspective. Plus, I’m an owner in what I do and I enjoy it. There are hard days, but it’s not bad.
Chris Dessi: On paper your resumes reads like success. Can you tell us about your biggest failure(s)? How did it change you or shift your approach moving forward?
Tim Flannery: I owned a big project at JPMorgan and presented it to one of our executives. It was in good shape. I made some great progress. The executive dressed me down in front of my manager and questioned whether I belonged. Thinking I was getting fired,  I went downstairs, bought some Starbursts and a lottery ticket, than just went back to my desk to fix the problem. Ultimately the project went off smoothy, but I learned excuses don’t matter. It was my Yoda moment.
Chris Dessi: Who has been the greatest positive influence on your life? Tell us about that person.
Tim Flannery: My mom. She’s been through a lot and never lost her optimistic attitude. She’s the quiet leader of my family.
Chris Dessi:What do you think is the one characteristic that all the successful people you know share?
Tim Flannery:They all like to read.
Chris Dessi: How important are habits and routine to your success?  What is your Rhythm? What time do you go to bed? Do you exercise? Do you meditate?
Tim Flannery:I’m a bad person to ask. I have no routines.
Chris Dessi: How has your childhood (the way you were raised, your birth order) affected your career success? Did it at all? 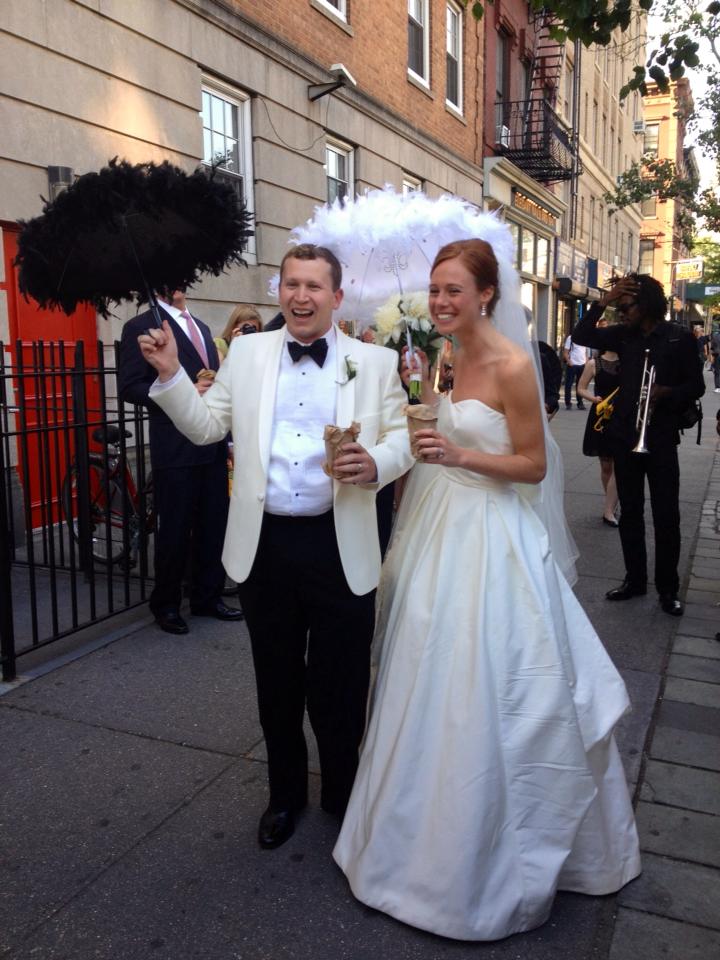 Tim Flannery:My parents never discouraged me from trying new things, unless there was a serious chance of physical harm. That’s a helpful perspective to have later in life too.
Chris Dessi:I know you to be very humble people. Here is your chance to brag a bit – what has been your greatest career success to date?
Tim Flannery: Closing our first fund was fun. Writing a check to my first portfolio company felt pretty good too.

Chris Dessi: My daughters know that I hate witches  – what’s one thing that scares the hell out of you?

Tim Flannery: My wedding day just edges out the Phillies’ 2008 World Series parade.
Chris Dessi: Worst day of your life?
Tim Flannery: My Dad passing away was a low point.
Chris Dessi: Currently when we google your name former Major League Baseball Player Tim Flannery pops up. If you were to play him in Rock, Paper, Scissor to shoot for first page on google rights what would you throw out first?
Tim Flannery: I would play the bureaucrat, all paper. By the way, he’s also a baseball coach and country musician. No kidding. I was named after him. Another Tim Flannery is Australia’s 2007 Man of the Year. My SEO is terrible.
Chris Dessi: Name someone who knows more about you than anyone else in the world.
Tim Flannery: My wife.
Chris Dessi: Most powerful book you’ve ever read that you recommend to everyone.
Tim Flannery: IMPOSSIBLE. The Dark Tower series by Stephen King? I hate this question. 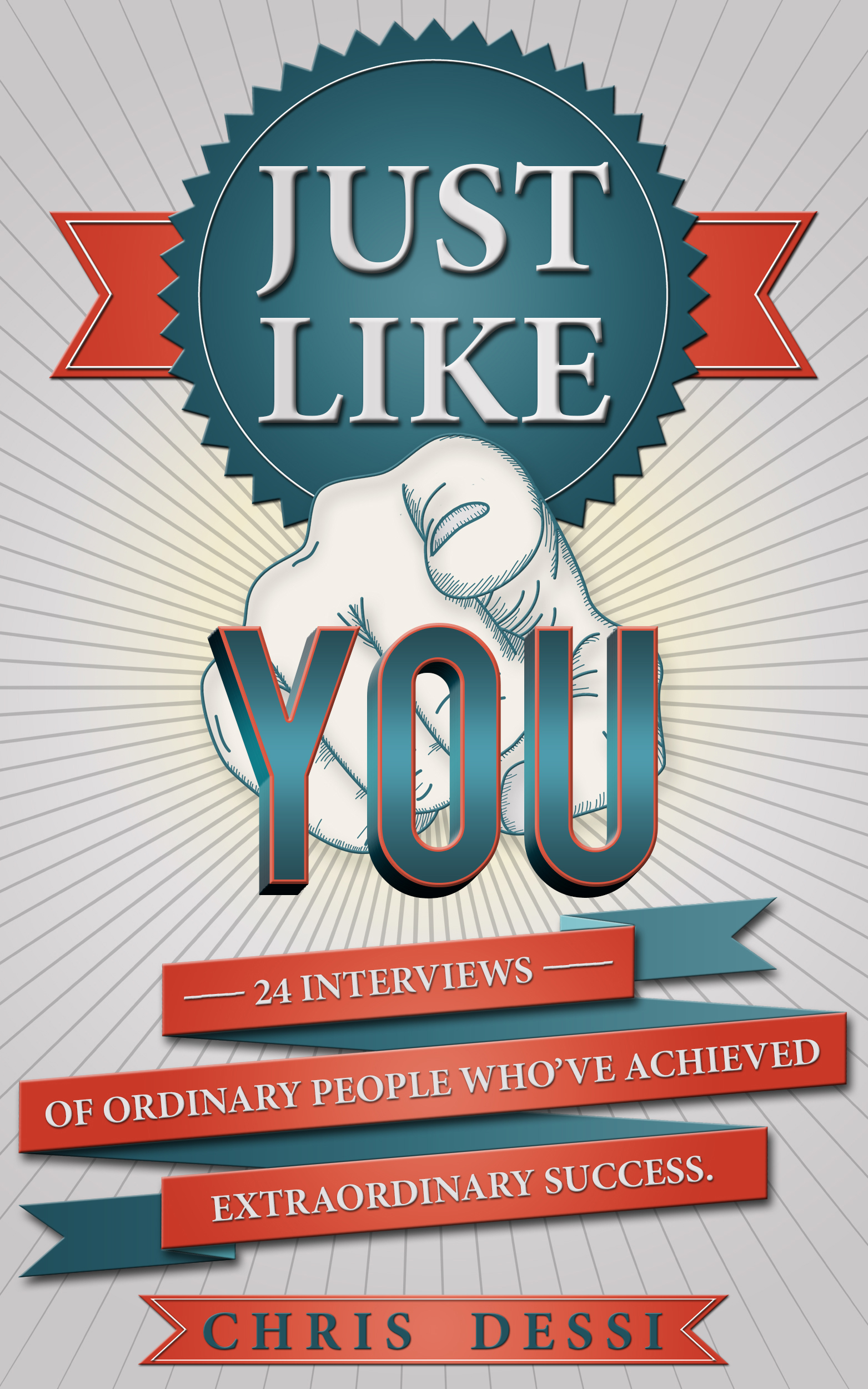 This book is for the most driven among us.
If you have the hunger, drive and commitment to do more and be more, then you’ll love this book. Author and personal branding expert Chris Dessi set out to find the people that most inspired and captivated him, and uncover the secret strategies that anybody could use to become remarkable.
The result is Just Like You – a collection of interviews with those inspiring and captivating individuals where they share what they learned on their climb to the top.
Packed with inspiration, ideas and actionable advice on every page, Just Like You is a peek into the inner workings of some of the most successful people you’ve never met.
One constant source of inspiration was the author’s father, Adrian Dessi, who sadly lost his battle with ALS in February 2015. In his memory, 10% of all proceeds from this book will go towards funding research on combating ALS.