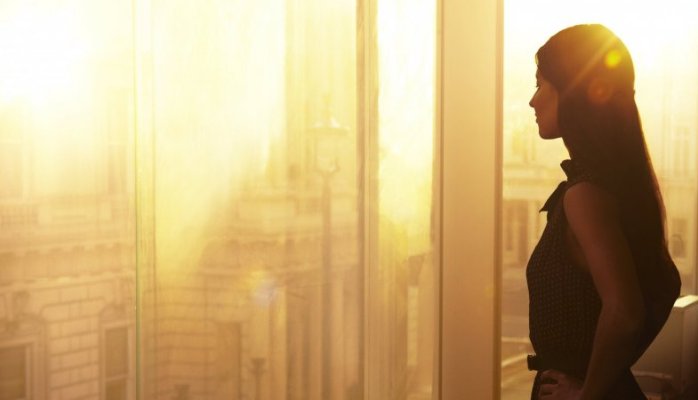 I spent a good part of last year interviewing the most successful people I know. These were ordinary people who’ve achieved extraordinary success. I eventually turned those interviews into a book.

What I discovered is that these people are just like you. They work at their craft. They push to radically improve themselves and their lives.

What’s intriguing to me is that, after speaking with 24 people (my late father included), I began to see patterns. Systems in which these people were able to cultivate rich and fulfilling work and home lives.

Here are 10 simple patterns of those successful people:

1. Create Your Own Reality: Oren Klaff

Oren has closed over $1 billion in funding for his clients. He’s also the author of the best-selling Pitch Anything. Oren is a master at sales pitching. When I spoke with him, he made it clear that pitching is a game.

He also made it clear that you can create your own reality in any meeting. Insure you never lead a pitch with details. Start by stimulating the reptilian fight-or-flight part of their brain.

A fresh, new approach, with powerful results. The book is worth reading.

Jeffrey is the former CMO of Eastman Kodak. When Jeffrey realized that his company wasn’t nimble enough to evolve, he reinvented himself.

Now he’s a New York Times best-selling author, keynote speaker, and media juggernaut. He could have scampered off into the dark corners of the business world. Instead, he pivoted and won.

If you find yourself in a bad situation, know that you can find alternatives.

Rosanna Scotto has been in media broadcasting for years.  I confess that the first time I met her on the couch of Good Day New York, I was struck by her beauty.

So I asked her how this has impacted her career. She shared, “You better back up that beauty with hard work.”

Nothing is more potent when seeking recognition as hard work.

4. Don’t Worry About the “How”: Chris Guererro

Chris is the owner of my CrossFit gym. I’ve been an avid CrossFit addict for about a year and a half now. When I interviewed Chris, he made it very clear that his gym was a pure passion play.

Chris shared, “To be honest, I don’t have a road map. I’m just letting what happens happen. I’ve never been motivated by money, expansion, or anything else. I’m motivated by enjoying what I do and sharing my passion for fitness with others.”

Define your goals. Reach, and reverse engineer to success.

My father battled ALS (Lou Gehrig’s Disease) for close to six years. Toward the end, he lost all movement in his lower extremities.

He remained lucid until the end. Yet he never, ever complained.  Not only is complaining bad for you, according to science, but it’s also bad for everyone around you.

Everyone has his or her “bag of rocks.” Focus on the good, and good things will surround you.

Chris Maloney was an intern at my agency, Silverback Social. He’s also a military veteran and entrepreneur.  His company is a nonprofit that is changing lives.

When I asked him how he fills his time, Chris replied, “Right now, I’m focusing on my last two MBA classes, the reserves, and mostly CauseEngine, a company I co-founded that connects talented freelancers to nonprofits to drive operations and social impact.”

Shifting your attention outward will shift your view of the world.

7. Be Yourself: Russ Adler

Russ Adler is an attorney. He’s very successful, but this guy is also r-e-a-l-l-y different. He’s been known to wear red shoes, drive an orange Mini Cooper, and jam on his guitar while riffing about law.  I love the way Russ approaches his life.  As a result of Russ’s true-to-self persona, his business thrives.

He doesn’t pretend to be a double-breasted-suit-wearing attorney. Instead, Russ trades in his membership at the country club for CrossFit competitions on the weekends.

Embrace your quirk, and succeed!

Chris Hansen has had a storied career in media. What I found most intriguing about Chris when I spoke with him is that he joked that he was too dumb to ever realize there was nothing he couldn’t do. As a result, he set no limitations on himself.

He also built his career on listening. He said, “I have always listened to people…whether it’s a train conductor, a cop, or a CEO, everyone has a story.”

Get over social hierarchies and open your mind to everyone in your path.

9. Cultivate Your Creative Side: John Dokes

Speaking about his music career, John shared, “When I first started to explore my extracurricular passion of performing and recording as a jazz vocalist, I thought it would be best to keep it under wraps. As my confidence grew as an artist, I started to invite more friends and colleagues to the gigs, and when I invited potential clients, my deal close rate started to rise.”

Embrace your creativity and allow it to enhance, not hinder, your business life.

10. Define What True Success Means to You: Jeff Pearlman

Jeff is the author of two New York Times bestsellers. He also happens to be from my hometown of Mahopac, New York. When I spoke with him about success, he almost became squeamish.

When asked what success meant for him, he replied, “For me, at 43, success means that tomorrow I’ll drop my son off at school, then return 20 minutes later to help the class with Friday morning spelling. It means rarely (almost never) missing a Little League game, a concert, a water polo meet, a play. It means knowing all my kids’ friends, making lunches in the morning, putting them to bed at night.”

Realign your priorities to support what true success really means for you.

Thanks for reading. This article was originally published in my column for INC.com. My name is Chris Dessi. I’m CEO of Silverback Social.

10 Extraordinary Habits of the Most Passionate People
Scroll to top