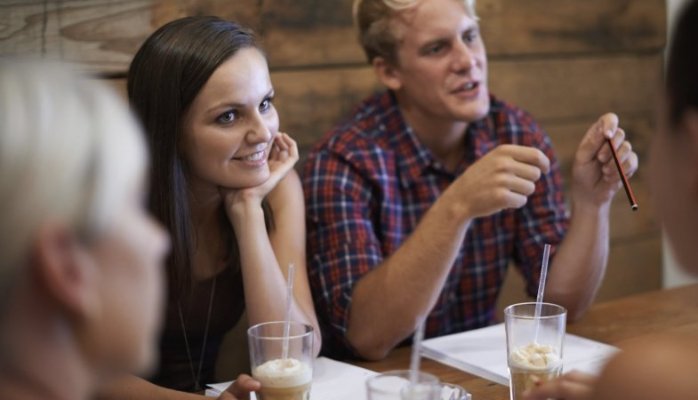 This Company Will Make You Unbelievably Happy at Work

[av_textblock size=” font_color=” color=”]
Shows like Silicon Valley lampoon the cult-like workplaces that tech startups create. But no matter how well intended, even in these workplace utopias business remains hyper competitive, and potentially destructive to employees.

Books like Disrupted: My Misadventure in the Start-Up Bubble by Dan Lyons shed light on disturbing trends in startup culture, exposing false promises of a business utopia that’s changing the world. Words like “cult” and “frat-house” start to describe even the most well-intended workplaces, misleading young employees to think they’re part of something bigger than themselves, when in reality they’re selling software just like everyone else.

So how can companies cultivate real change, track true happiness, and, as a result, bring increased levels of efficiency to their businesses?

Co-founder Simon Rakosi was on the verge of burnout. Managing a team at a large global brand, Rakosi was one of the youngest, best and brightest in the organization. But he spent most of his day “checking in” on his team instead of being productive.

He realized that a happy team meant a team that was exceeding goals. He eventually quit his job and joined hands with co-founders Marcus Perezi-Tormos and David Mendlewicz. Both Marcus and David were tackling similar issues while managing large teams of developers.

Identifying a deep need for mood tracking, they created Butterfly. They bill the software as “smart and recurrent happiness tracking.” Daily micro surveys allow companies to have a clear and sustained view of the level of happiness of their work force.

Is Butterfly a first of its kind? No. But it’s producing better than most. Benjamin Snyers, head of U.S. operations at Social Lab Group (part of Ogilvy), says, “Butterfly has helped me understand my team better.”

Does it work? Rakosi says unequivocally yes. “We’re seeing increased engagement, reduced absenteeism, increased productivity, and, of course, increased well-being.” These factors all add up to an improved company culture. More powerful than a fridge full of beer, for sure.

A slew of competitors are in the “happiness” space. Officevibe, Glint,Tinypulse, Culture Amp, and 15Five round out the leaders.

Butterfly’s most powerful features are its immediacy and instantaneous feedback requests. Other pluses are the tool’s scientific credibility, coupled with an anonymous feedback loop–a paramount feature when seeking true feedback in the workplace. Think how you’d slink away from constructive feedback if your manager knew you were the one delivering the bad news.

So you can stock the office fridge with beer. Add silly perks that distract. Cultivate a culture that alienates. Or you can cultivate deep adhesion among colleagues, cultivating open, powerful, and constructive feedback loops will make your company more effective.

And hopefully, as a result, happier. Cool.

Thanks for reading. This article was originally published in my column for INC.com.  My name is Chris Dessi. I’m CEO of Silverback Social.