This morning I had an interesting conversation with a producer of a local public television show in the tri-state area. I’d been chatting with her for months about social media and how the proper execution of social media would certainly positively

effect her boss (the host of the show).  I’ve appeared on the television show myself, and offered both she and her boss a great deal of “pro bono” advice surrounding social media in the months following my appearance.  I was his guest on his show after-all, so I was grateful and very willing to spend time itemizing how she could go about adding some “pop” to her celebrity bosses social media presence.  I’ve done this (and will continue to do this) often.  I like helping people, really I do.  The bonus of helping people is that nine times out of ten there is a business deal just on the horizon.  If not a direct piece of business, there is usually a referral or two.  I give of myself so that they see what they’re going to get, and then we move forward.  Simple.  So she took my advice and ran with it, but she needed more guidance after about three months of doing things on her own.  She’s a producer after-all – not a social media expert.  Recently she reached out to me again, this time even more excited to learn about what I could offer her boss and her team.  They had seen the results that my initial (free) consultation had offered so they were ready to take it up a notch. I even received a voice mail with the host and the producer on the call (I’m paraphrasing here) “we want to have a very frank conversation about social media…we’re looking for your feedback, looking for your advice.”  So I itemized my rates detailed what I could offer, and we agreed to circle back in a few days to see what our next steps were.  I was excited and so was she!  Or so I thought.

This morning I called to check in. I was told that her boss hadn’t expected to pay for the advice he was seeking, and that they just weren’t in a place financially to move forward.  Remember (they reached out to me) …I did not solicit this engagement.  ARGH.

So today I’m taking a stand.

If you’re thinking about sending me an email, calling me, or tweeting me, and you’re tempted (at any point) in our conversation to say “can I pick your brain?” The unequivocal answer will be NO.

I wouldn’t take this hard line stance if it were the first time something like this has happened.  While it’s happening less and less – it does happen.  Maybe today was just my breaking point.  I have many clients paying their hard earned money for our work & technology.  Also,  as Silverback Social grows, the more valuable our time has become.  So when you do this – you’re wasting my time and your own time.

If you’d like to discuss your current needs and situation, I’m happy to take the time to speak with you – and meet with you in person.  But after you’ve gotten to the “holy cow, we really need Silverback Social’s help Chris.” (and you will get there).  Please just ask me for a proposal.   If you ask me for said proposal – I will send you a well thought out statement of work.  It will define what I will give to and do for  you, and it will itemize the monetary compensation you will provide to me for said information.  It will be fully transparent, and fully fair.  That’s called BUSINESS.  But why does this happen with Social Media Consultation?  I believe there are a few factors:

1. Social media is like Rodney Dangerfield and gets no respect.

Social media has the dubious distinction of being categorized under the umbrella of anything from “those silly Tweet things” to the “time suck of Facebook.”  We’re still in the infant stages of our business – so sometimes people don’t take social media seriously.

2. Those who don’t understand social media love to mock it.

I get it – we’re in a world where “Dog Shaming” and the Democratic National Convention get the same air time.  It’s our job to articulate the power of social media, and itemize an agenda to make real money for our clients.  Time to put on our big boy pants and stop saying there is no ROI in social media.  It’s time to show our clients the money.

3. Because they don’t fully understand social media, they don’t value your expert opinion.

I’ve written on Social Media Today about just how complicated proper social media strategy and execution can be.    The skill set to properly navigate this ecosystem is so much greater than what most believe.  There is more to it than just adding a Facebook status, Pinterest post or Twitter Tweet.

On the bright side – I do believe the tides are shifting, and people and brands are starting to get more and more interested in social media and that this type of incident is becoming more rare.  Most are learning that they need to protect, and build on their online identity, and that they need to dedicate resources.  You can’t get upset when people don’t understand social media.  But you can get upset when someone solicits you, and your time, and assumes that you will help them for free.   Phew. I feel better. Thanks for listening.

Have you ever had a similar conversation? Please make sure to share it in the comments section below.  I can’t be alone on this one. 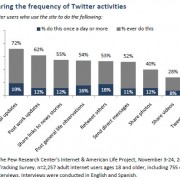 I Kinda Wanna Make Out With MySpace to Make Facebook Jealous

The Facebook Newsfeed Advantage: The Seven Steps of Facebook Marketing That Fuel Success and Performance in Social…
ING New York City Marathon: Running for Dad (Strike out ALS) The Future of Social Media is You
Scroll to top